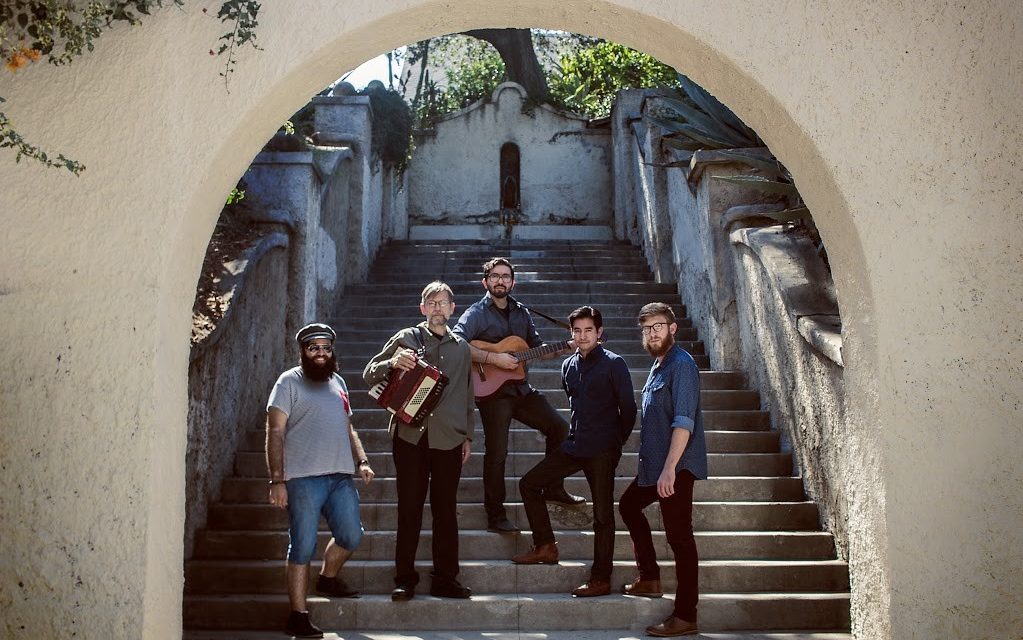 Brent Green’s A Brief Spark Bookended by Darkness & Other Works
For his Santa Ana Sites debut, Brent Green will feature an evening of works that have played at the prestigious Sundance Festival, including A Brief Spark Bookended by Darkness, Carlin, Paulina Hollers, and Strange Fates. Focusing largely on stirring visuals and foley, the emotionally charged films enchant audiences through lyrical narrations and somber underlying themes with flickering stop-motion Southern Gothic flair.

During the live cinema experience at Frida Cinema, self-taught visual artist and filmmaker Brent Green will serve as the narrator and musician and Fugazi drummer Brendan Canty will act as the percussionist and foley artist. Saul Ostrow of Art in America once remarked, “If Mark Twain were with us today, he would probably be engaged in endeavors comparable to Green’s films.”

Cuñao’s Canción del Inmigrante
Santa Ana Sites’ landmark 20th production features Cuñao’s Canción del Inmigrante, an outdoor evening of unforgettable storytelling told through sound, puppetry, and community created folk art. Santa Ana Sites founder, Allen Moon, views the artistically layered production as a culmination of his vision. “Working with Grand Central Art Center, Crear Studio’s Sarah Rafael García and Dino Perez, and the many others who have made this production possible has been a true joy. This is what I set out to do when I began Sites, to unite artists and audiences for an experience that inspires and engages the community of Santa Ana and beyond.”

Cuñao, a Los Angeles-based Latin folk band, will present a workshop presentation of the work Canción del Inmigrante – a multimedia “opera” infused with puppetry, song, dance, and activism. Community-based from the ground up, the public was invited to participate in free mask-making and storytelling workshops led by Los Angeles-based, puppet artist Beth Peterson. For eight-weeks during the residency of Grand Central Art Center’s artists in residence Sarah Rafael García and Dino Perez of Crear Studio, participants explored the contours of immigrants’ stories alongside the artists, and will have the opportunity to see their work incorporated into and exhibited at the production.

Canción del Inmigrante is the first new, developing work that Santa Ana Sites has presented as part of its series. To commemorate the 20th presentation of Santa Ana Sites, founder Allen Moon focused his attention on highlighting some of the powerful voices of Santa Ana as well as its unique “sites.”

The performance at Bower’s Museum will take place in its historic Mission Revival style courtyard.  Canción del Inmigrante shares the tale of the immigrant’s migratory experience where audience members will witness the journeys of the immigrants to the U.S. – exposing their struggles, frustrations, and dreams.

The presentations honor the relationship between Santa Ana Sites and GCAC, which served as an incubator for early Santa Ana Sites performances. For additional information about the 19th and 20th installments, visit santaanasites.com.